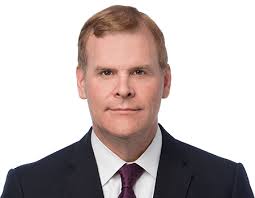 John Baird is a Senior Advisor at Bennett Jones LLP and a former Senior Cabinet Minister in the Government of Canada. An instrumental figure in bilateral trade and investment relationships, Mr. Baird has played a leading role in the Canada-China dialogue and worked to build ties with ASEAN countries. In addition, Mr. Baird has worked closely with international leaders to strengthen security and economic ties with the United States and Middle Eastern countries.

A native of Ottawa, Baird spent three terms as a Member of Parliament and four years as Foreign Minister. He also served as President of the Treasury Board, Minister of the Environment, Minister of Transport and Infrastructure, and Leader of the Government in the House of Commons. Prior to entering federal politics, Mr. Baird spent ten years in the Ontario Legislature where he served as Minister of Community and Social Services, Minister of Energy, and Government House Leader.

In addition to his work with Bennett Jones, Mr. Baird sits on the advisory board of Barrick Gold Corp., the corporate boards of Canadian Pacific, Canadian Forest Products (Canfor), the FWD Group and PineBridge Investments. He also serves as a Global Strategic Advisor to Hatch Ltd, a Canadian global multidisciplinary management, engineering and development consultancy, and is a Senior Advisor at Eurasia Group, a global political risk consultancy.